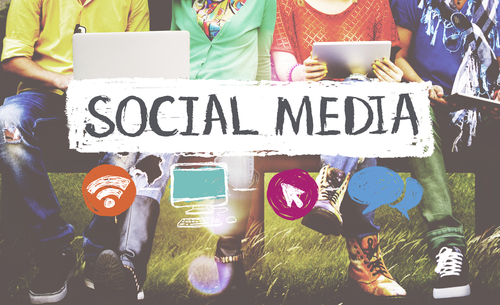 In a study at Bond University (published December 2018) they looked at the relationship between social media addiction and substance abuse by looking at underlying personality traits associated with both. As we know various forms of excessive and compulsive behaviours like disordered social media use are becoming increasingly regarding as addictions. Social media such as social networking sites (eg. Facebook and Instagram) have become a major factor in the way youth socialise today. However unlike 'old-fashioned' socialisation that ended when you went home, social media is used all day, everyday, with no limits. Most youth even admit to spending large amounts of time even on the toilet on their social media networks. Because of the highly rewarding nature of social media and the 'dopamine boost' that you get from having a comment or picture 'liked', it can be very hard for youth (or anyone) to pull themselves away. This excessive use can be defined as when social media starts to affect everyday life and be overwhelming mentally consuming, to the point that the thoughts become intrusive. Whilst it has been liked to other behavioural addictions such as gambling and sex addiction, in reality the invasive nature of this addictions can be much more severe given that it can be accessed at almost any time and place.

Psychologists have now even devised a way to measure this addiction in a tool called the "Social Media Disorder Scale), which measures the compulsive use  of social media such as Facebook, SnapChat, Twitter, Instagram, Pinterest and forums.

The research study in question found that personality traits, such disordered social media use was correlated with trait measures of narcissism, reward sensitivity, impulsvity and alexithymia poor emotional awareness and social attachment). Many of these traits overlapped with higher alcohol use. Problematic drinking was associated with higher levels of impulsivity. It was suggested that the role of reward sensitivity in disordered social media use probably reflected the anticipation that users expected after engaging in this activity. The impulsivity was suggested to reflect poor executive control. It would be very interesting to use functional brain imagining on people with these disorders to see whether certain pathways are being activated and whether down-regulating these pathways through a process such as neurofeedback could result in better impulse control, and less need to constantly reward and activate the brain. Certainly neurofeedback has some strong scientific evidence in alcohol addiction, and social media disorder would be a very interesting area to investigate.