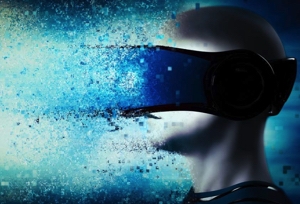 Davison, Deeprose and Terbeck (2018) conducted a study to compare immersive virtual reality (VR) assessments with traditional assessments of executive function. It is well established that normal and pathological ageing are associated with decreased executive functioning. Hence, a large body of research has been dedicated to charting cognitive decline as it progresses with age in order to better combat and mitigate age-related cognitive deficits.

VR technologies in particular have recently been of interest as a potentially more realistic assessment of executive function. The current study used the Oculus Rift to present two VR measures of executive functioning; the parking simulator task and the virtual chemistry lab environment. The parking simulator task consisted of five levels which required the participant to steer using four arrows on a keyboard. The first two levels required the participant to drive into a parking space, the third and fourth levels required reverse parking and the final level required parallel parking. The virtual chemistry lab contained two tasks. The first task – the seating arrangement task – required the participant to create a seating plan by picking up and placing down a chair and five stools in front of a whiteboard. The second task – the item location task – consisted of locating various items from around the chemistry lab two at a time, requiring one item to be held in working memory whilst the other item was being located. These VR measures were compared to traditional tests of cognitive functioning (e.g. Stroop test, trail-making test).

The study found that both traditional (Stroop test, trail-making test) and virtual reality assessments of executive function were sensitive to age-related cognitive decline. Moreover, virtual reality measures significantly correlated with neuropsychological measures, suggesting that they both were measuring the same construct i.e. executive function. However, the most interesting finding, was that unlike traditional measures, the VR measures of executive functioning were shown to contribute a significant percentage (79%) of the variation in predicting age in a multiple regression model.