Seizures or convulsions are fairly common, occurring in about 3-5% of children. Epilepsy, having two or more seizures of unknown cause, is less common and only occurs in about 1% of children. It begins in childhood in about 70% of cases. Seizures in children can range from febrile seizures and occasional non-febrile seizures to infantile spasms that can occur daily and are difficult to treat. Seizures, especially the first seizure that a child has, can be very frightening for both children and their parents.

Although seizures can sometimes be caused by specific medical problems, including fever, head trauma, poisonings, infections, especially meningitis and encephalitis, and brain tumors, the cause of most seizures is often not found (idiopathic seizures).

The main types of seizures are Partial Seizures and Generalized seizures.
Generalized seizures include the convulsive, tonic-clonic, or Grand mal, type of
seizures which people are most familiar, in which a child falls down and has jerking movements. Other types of generalized seizures include atonic seizures, which cause 'drop attacks', and absence seizures (petit mal). Absence seizures cause a brief loss of awareness and are one of the causes of staring spells. These staring spells are usually brief, lasting only about 10-15 seconds, with a return to normal awareness after the seizure and they may occur several times a day. Absence seizures can be brought on by hyperventilation and they have a characteristic EEG, with a 3-per-second spike and wave pattern.

The other main type of seizures are the partial seizures, which have a focal or local onset (starting in the right leg, for example, in contrast to a generalized seizure, which begins in all parts of the body at the same time). Partial seizures may be simple, in which there is no loss of consciousness, including seizures in which a child jerks one arm or deviates his eye to one side. Children can also have partial complex seizures, which also have a focal onset, but which do involve a loss of consciousness. They are similar to absence seizures in that they also cause staring spells, but with partial complex seizures, the staring spell is usually longer, lasting about 30 seconds to several minutes and the child may be confused after the seizure. In addition to just staring, these children may seem confused during the episode and may wander around.

In childhood epilepsy several seizure-related characteristics have been reported to be associated with impaired cognitive performance: non-controllable seizures or high seizure frequency, long duration and severe seizures, symptomatic aetiology, early onset of epilepsy and treatment related factors. Atypical absences and other minor-motor seizures have also been found to be frequently associated with cognitive problems.

There is significant emotional distress experienced by children with epilepsy. Children are often concerned about social embarrassment, fear of seizures, and injuries. Peer acceptance is an important concern in children with epilepsy. Children with epilepsy often report being teased about their seizures and bullied by their peers. The unpredictable nature of seizures may contribute to the development of a more general sense of helplessness and loss of control. In an effort to avoid potential embarrassment and stigma, children may socially withdraw from their peers, isolating themselves and limiting their social interaction.Limitations in activities and feelings of being different may also result in social isolation.

Children may have some difficulty regulating affect and behavior. Low affect, irritability, and frustration are symptoms that are risk factors for depression and anxiety. Under-diagnosis of depression in epilepsy is unfortunately common. 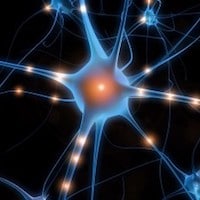 Epilepsy treatment: New natural possibility The  mechanisms of  seizures in epilepsy are poorly understood, and no effective therapy exists for suppressing epilepsy. A study published in 2017 by Liu & colleagues, examined the ability of a natural supplement called NAD+ (nicotinamide adenine dinucleotide) to reduce the incidence of epilepsy. NAD+ is the natural chemical found… 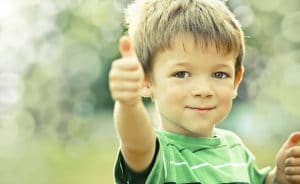 Neurofeedback as a treatment for epilepsy

Sterman and Thompson have recently detailed how epilepsy can be effectively treated with neurofeedback therapy, with some patients resistant to anti seizure medication experiencing significant reductions in seizure frequency and intensity after this non-invasive treatment. Sterman, a guru of neurofeedback and an innovative researcher in this field, originally studied EEG patterns in cats. He discovered… 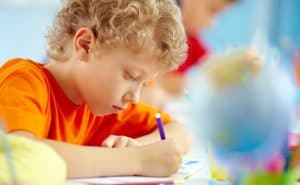 Neurofeedback may improve cognitive flexibility in children with epilepsy

Neurofeedback is a non-pharmacological therapy used for the treatment and long-term management of Attention Deficit Hyperactivity Disorder (ADHD). Among children with ADHD, studies have shown neurofeedback provides a sustained effect and is effective in improving executive function. Improvements in executive function can have downstream positive consequences on cognitive flexibility – that is, being mentally flexible…

New Study Finds Long Term Effectiveness of Neurofeedback in the Management of Epilepsy!

Pharmacological treatment is the standard intervention for people with epilepsy. However, a significant number of people with epilepsy are drug resistant, meaning that medication is ineffective in the treatment of their epilepsy.  In order to explore the possibility of non-pharmacological interventions for patients who were told they had intractable epilepsy, Dr. Ute Strehl and… 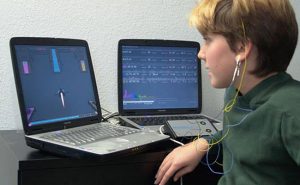 Up to one third of individuals with epilepsy do not benefit from pharmacological treatment. Neurofeedback (NF) provides an effective alternative which may deliver relief from symptoms associated with epilepsy, particularly seizures. NF utilises operant conditioning to regulate the sensorimotor rhythms (SMR) of the brain in an attempt to reduce seizure frequency. A review of the…

There has been much research linking autism symptoms and seizures. Almost 30% of people with autism have seizures as well. To date, most of the research has placed greater emphasis on the effects of seizures on deficits related to learning and memory. It has been recently suggested that perhaps early-life seizures may in fact have…