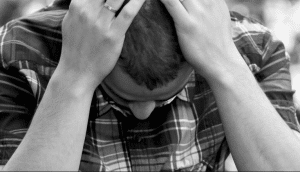 Depression, also known as major depressive disorder, is characterised by prolonged experiences of persisting low mood; which may induce feelings of sadness, loneliness and hopelessness. Such overwhelming emotions could further lead to a loss of interest in participating in activities that were once enjoyed, creating sleep problems, fatigue and interference to cognitive abilities.

How is depression diagnosed?

The primary tool used in the field of clinical psychology in Australia to help diagnose mental health disorders is the Diagnostic and Statistical Manual of Mental Disorders (DSM-5). Diagnostic criteria for major depressive disorder (MDD) are as follow:

Decades of research have attributed the cause of depression to either biological factors (e.g., neurotransmitter imbalance, genetics), environmental factors (e.g., traumatic life events) or a combination of both.

Direct or indirect experiences with traumatic life events can heavily impact a person’s psychological state. It has been well documented that experiences with traumatic events can lead to a diagnosis of clinical depression and/or post-traumatic stress disorder (PTSD). Stressors in the immediate environment such as emotional abuse, neglect or daily stress may also lead to a depressive episode.

How can depression be treated?

Psychotherapy is another popular and often preferred option for treating anxiety and affective disorders. A meta-analysis by Bandelow et al., (2015) showed that mindfulness, acceptance and commitment therapy (ACT) and cognitive behavioural therapy (CBT) are effective in reducing anxiety and depressive symptoms. Both CBT and ACT capitalises on the neuroplasticity of the brain by training it to improve certain cognitive processes to produce a long-term effect. More traditional forms of psychotherapy such as psychodynamic psychotherapy (PPT) is also found to be effective in treating depressive symptoms and anxiety.