Electroencephalography (EEG) measures the electrical patterns at the surface of the head which reflects cortical activity. These patterns are commonly referred to as “brainwaves”. Quantitative EEG (qEEG) is the analysis of these patterns, which is sometimes called “Brain Mapping”. QEEG is a procedure that analyses your EEG activity from a multi-electrode recording. This multi-channel EEG data is processed with various algorithms, statistically analysed, and then compared to a normative database (comparing the brainwaves to a group of children/adults of similar age who are considered ‘neurotypical’). This data is then converted into color maps of brain functioning called “Brain maps”. 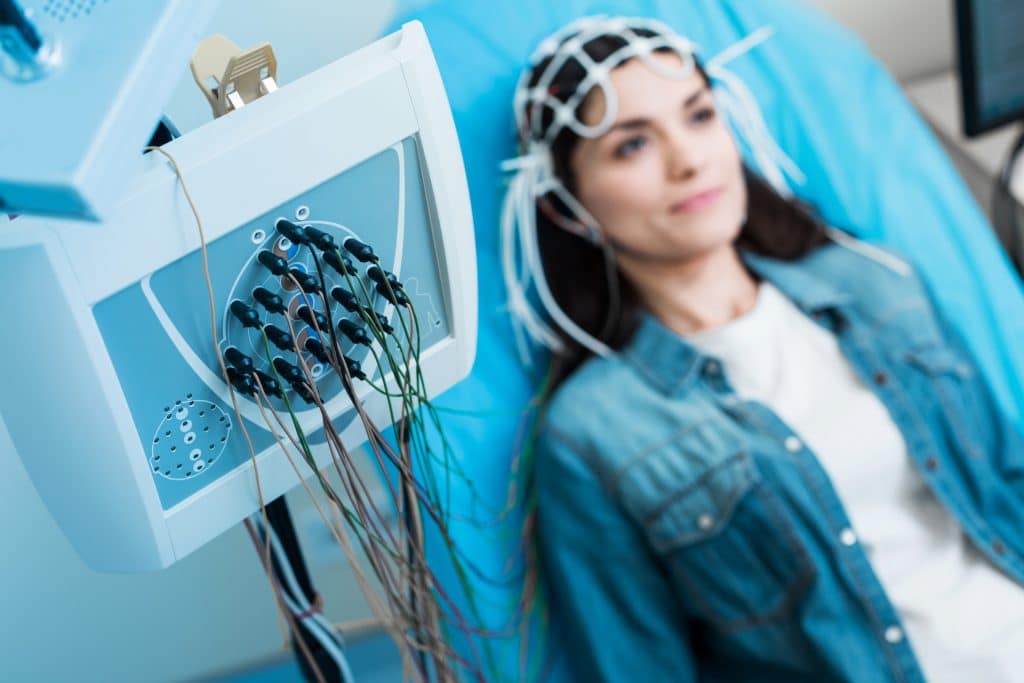 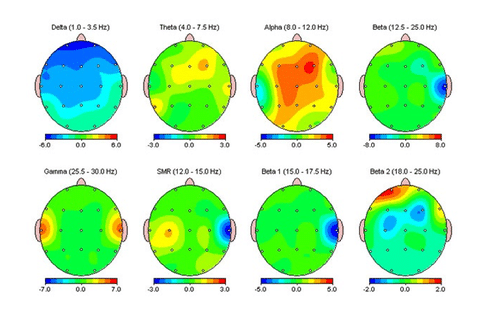 The qEEG information can be interpreted and used by experts as a clinical tool to evaluate brain function, and to track the changes in brain function due to various interventions such as neurotherapy. QEEG processing techniques and the use of highly technical software to processes this data, gives us the ability to view the dynamic changes taking place throughout the brain during specific neuropsychological/ cognitive processing tasks, and this type of assessment can be used to assist in determining which areas of the brain are engaged and processing efficiently, versus those with are somewhat dysregulated or inefficient.

What does a brain scan involve?

The patient’s head is measured to determine which size sensor cap will be used. The cap is plugged into a 24 channel Mitsar amplifier which is controlled by the WinEEG software. Once the EEG it is analysed further with the WinEEG software and the Human Brain Index database or exported to the Neuroguide database. The cap and its sensors are positioned according to the International 10-20 system; the sensors are prepped with special conductive gel and the connection of each sensor with the scalp is tested. Usually recordings include one or more taken with 1) eyes opened, 2) eyes closed and sometimes 3) during a task such as reading or calculating 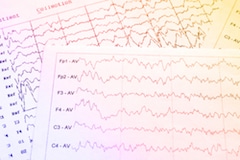 Delta brainwaves are slow brainwaves mainly present during sleep. Delta waves begin to appear in stage 3 sleep, but by stage 4 nearly all EEG activity is dominated by delta waves. Healing and regeneration are stimulated in this state, and that is why deep restorative sleep is so essential to the healing process. If a person’s brain is producing large quantities of delta activity while they are awake, they may experience learning disabilities or ADHD. The delta frequency range may make it extremely difficult for an individual to focus. It has been found that individuals with various types of brain injuries tend to produce delta during waking hours, making it extremely difficult for the individual to perform conscious tasks.

This particular frequency range is involved in daydreaming and sleep. Cortical theta is observed frequently in young children. In older children and adults, it tends to appear during meditative, drowsy, or sleeping states, but not during the deepest stages of sleep. Several types of brain pathology can give rise to abnormally strong or persistent cortical theta waves. Excess theta when awake can result in daydreaming and scatty, unfocused behaviour. Excess theta is commonly reported in conditions where attention is affected, such as ADHD. Excess theta can also be associated with hyperactive behaviour, where cortically sluggish people self-stimulate with hyperactive behaviours in order to enhance their arousal levels.

Alpha brainwaves are dominant during quietly flowing thoughts and in some meditative states. Alpha is ‘the power of now’, being here, in the present. Alpha is the resting state for the brain. Alpha waves aid overall mental coordination, calmness, alertness, mind/body integration and learning. Too much alpha can result in too much ‘idling’ of the brain and inattention. Too little alpha can result in a brain that can’t easily relax. People with too little alpha may also develop some sleep issues.

Beta brainwaves dominate our normal waking state of consciousness when attention is directed towards cognitive tasks and the outside world. Beta is ‘fast wave’ activity, present when we are alert, attentive, and engaged in problem solving, decision making, and focused mental activity. Beta brainwaves are further divided into three bands; Low Beta (Beta1, 12-15Hz) can be thought of as a 'fast idle’, or musing. Beta (Beta2, 15-22Hz) is high engagement or actively figuring something out. High Beta (Beta3, 22-38Hz) is highly complex thought, integrating new experiences, high anxiety, or excitement. Continual high frequency processing is not a very efficient way to run the brain, as it takes a tremendous amount of energy. Too much Beta can result in tension and difficulties relaxing. If the mind has excess Beta for extended periods it will feel like the mind is racing, and if present at night, then will result in difficulties having the mind settle and fall asleep.

When our brainwaves are out of balance, there will be corresponding problems in our emotional well-being or cognitive skills. Research has identified brainwave patterns associated with all sorts of emotional and neurological conditions.

Are you ready to book?

Get Started Today!
Scroll To Top