Note: NF program is currently on hold after running for 7 years. All requests currently being referred to a local centre. 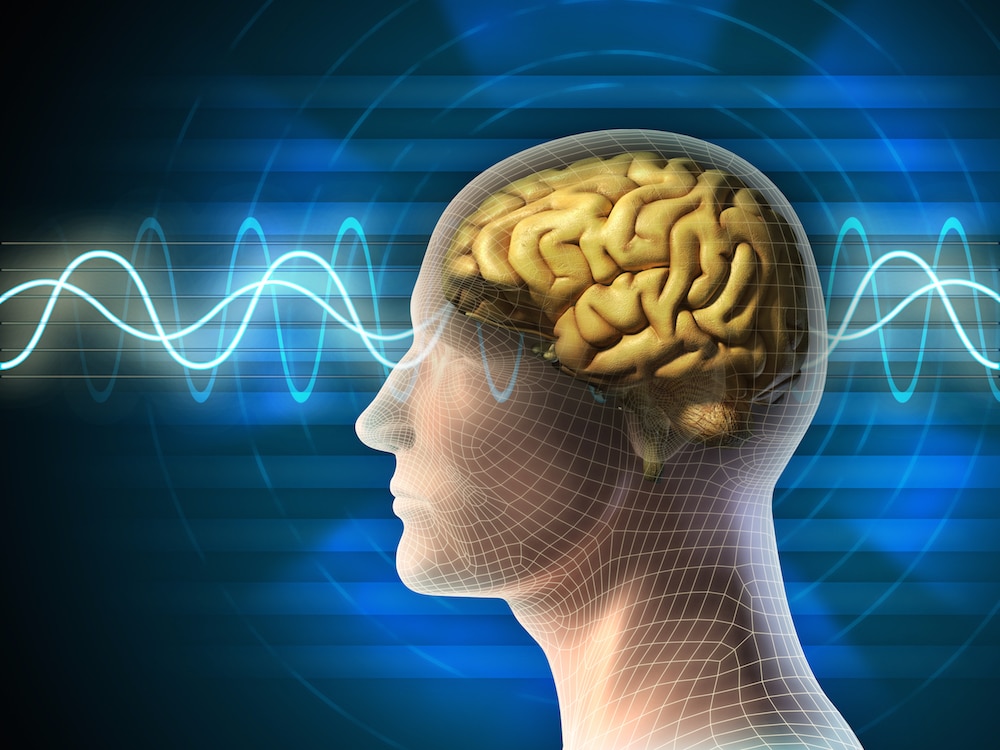 What is Neurotherapy / Neurofeedback?

EEG Neurofeedback aims to help individuals improve emotional, behavioural and cognitive functioning by training patients to increase certain brainwaves whilst inhibiting others, to promote optimal brain regulation. Compared to medication, neurofeedback has been shown to create long-term changes in the brain/behaviour when the treatment is stopped, as neurofeebdack is based upon changing the brain directly through neuroplasticity and learning. It aims to actually treat the core problem rather than simply masking symptoms. Whilst stimulant medications can be effective for up to 12 hours benefit, completing a program of neurofeedback is found to have long term benefits (with current research showing benefits present after 5-10 years post treatment).

How does it work?

Neurofeedback is based on operant conditioning, a type of training that involves rewarding patients to inhibit certain brain wave frequencies and increase other frequencies. This is done by placing electrodes on the scalp and then providing instantaneous feedback about the brain’s activity. This awareness allows the opportunity to gradually recondition brain activity. Changes in brain patterns can be associated with certain positive changes in physical, emotional, and cognitive states. Often the individual is not consciously aware of the mechanisms by which such changes are accomplished, although people routinely acquire a “felt sense” of these positive changes and can then access these states outside the feedback session.

For the first few sessions of training, individuals can often observe the effect of neurofeedback for up to 24-36 hours, and the benefits of neurofeedback will last longer following more training sessions. Standard neurofeedback training usually involves 30-40 sessions. Consistency is very important for the training in order to yield enduring benefits. 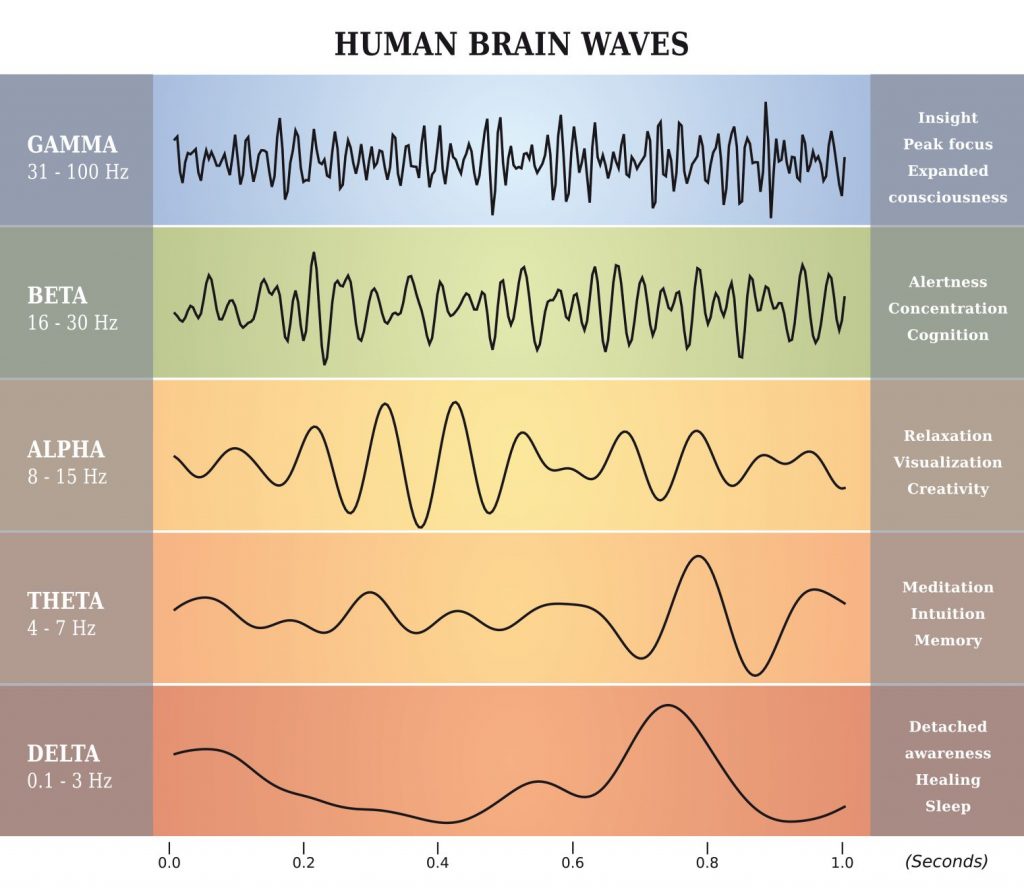 There are several dominant brainwaves that reflect different states of arousal. Modification is made to the selected brain waves based on the characteristics of arousal level reported. It usually takes up to 5 sessions to find the optimal training protocol for each individual. 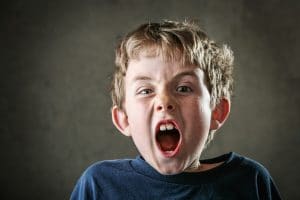 Individuals who are experiencing symptoms of over-arousal tend to have excess beta brain waves and decreased SMR brain waves. Treatment goal for over-arousal individuals is to reduce the level of beta waves, and increase SMR waves. A reduction in excess energy levels allow the mind and body to be more relaxed and calmer, yet alert at the same time.

Examples of an ‘over-aroused’ brain: 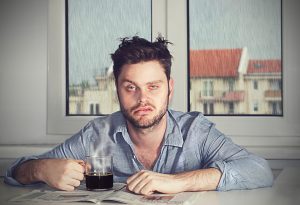 Examples of an ‘under-aroused’ brain:

Neurofeedback training is a painless, non-invasive, non-pharmaceutical procedure, and patients often report it is a pleasurable and fun experience. Everyone’s sensitivity to treatment varies, not everyone will have the same reaction to the treatment. For the first few sessions it will be important to get feedback about the effects of the training. It is noted that not all patients are responders to neurofeedback, with research showing around 70-80% of people will be able to train. Whether or not a patient is going to respond can be noted within the first 5 sessions, and if no changes are noted, training will be discontinued and other options discussed. This is monitored in a similar way to medication, and after each session you will be monitored and protocol changed if no effects are noted.

Changes to observe after a training session:

Feelings of being tense

There is no evidence from the literature that the treatment is harmful or that it creates negative side effects. Sometimes in sensitive individuals the training can be too strong and the individual may become overly aroused (if under-aroused) or overly under-aroused (if over-aroused). Usually these symptoms wear off and the training can be adjusted, although it is possible to have the effects reversed in another training sessions if preferred. If you notice any unusual changes or negative effects after a training session, such as anxiety, agitation, difficulty falling asleep, fatigue, feeling spacey/ cognitively dull, please let your trainer know as soon as possible so that training protocol can be modified. After every session you will complete a brief questionnaire monitoring changes, so that we can adapt protocols to make them optimal for the areas that you would like addressed.

Research has shown that problems with brain regulation are associated with a broad range of psychological and psychiatric conditions (e.g. attention issues, anxiety, and sleep issues). Research over the past 40 years has shown that neurofeedback can be highly effective in altering brain dysregulation via principles of neuroplasticity, without the use of medication, in a non-invasive manner. A meta-analysis looking at the efficacy of neurofeedback treatment in patients with ADHD showed that neurofeedback treatment has a medium to strong effect in reducing inattention, impulsivity and hyperactivity symptoms for ADHD patients (Arns, de Ridder, Strehl, Breteler & Coenen, 2009). In November 2012, the American Academy of Paediatrics supported EEG biofeedback/ neurofeedback as a Level 1 or “best support” treatment option for children suffering from ADHD. It has also shown promising benefits with various behavioural disorders, anxiety, depression, sleep problems, chronic pain, minor head injury and seizure disorders. To access the strong research basis of NF, summaries of research studies can be viewed at www.neurofeedbackalliance.org and https://www.isnr.org/isnr-comprehensive-bibliography

For those interested in understanding better the research support for the use of neurofeedback, the International Society for Neurofeedback & Research (ISNR) produced a White Paper in 2013 outlining the evidence base (https://docs.wixstatic.com/ugd/cba323_03f948eed3f74812ab54b8427d673006.pdf). Whilst the paper is from 2013, and many new research papers have been published further supporting NF, it has a discussion about medication being the gold standard of treatment. The following are exerts from this paper and provide interesting data regarding current ADHD therapies, particularly medication, which should be considered when considering treatment options.

It described the MTA Cooperative Study, a research project which is considered the gold standard in ADHD research. This was a very large scale study looking at ADHD treatment, which then followed up its participants over 8 years. “Whilst stimulant medication and behavioural therapy are considered the gold standards of treatment, this study showed that optimal versions of stimulant medication and behaviour therapy failed to result in sustained benefit for the majority of children. Surprisingly, in this study’s 22-month follow-up assessment of the currently recognised best treatments for ADHD, no sustained benefit was evident for any of these treatments as compared to those ADHD children who had simply been referred to community-based professionals.”

“Discouragingly for medication as a gold standard, a published 6 year follow-up results from the NIMH-funded Preschool Attention- Deficit/Hyperactivity Disorder Treatment Study (PATS) found results virtually identical to those of the MTA study. These researchers found that “medication status during follow-up, on versus off, did not predict symptom severity” with 89% [on medication] still exhibiting moderate to severe symptoms of ADHD. Even more troubling, the PATS researchers found that by year 3 of follow-up, an antipsychotic had been added to the medication regimen for 8.3% of the preschoolers’ and by year 6, 12.9% were taking an antipsychotic. This increased pairing of ADHD medications with antipsychotics is documented in a 2012 article published in Archives of General Psychiatry finding that over the past decade the rate of antipsychotics prescribed to children increased by over 750% (from 0.24 to 1.83% of all outpatient visits to general practitioners and psychiatrists). Their analysis found that disruptive behaviour disorders (primarily ADHD) were the most common diagnoses in children that were prescribed an antipsychotic accounting for 63% of such cases, and that in 54.1% of the outpatient visits, whenever an antipsychotic was prescribed there was also an ADHD medication prescribed to the same child.”

“So while the initial reports of both the MTA and PATS study findings, along with 50 years of research and clinical practice, clearly document the short-term effectiveness of stimulant medications in treating ADHD’s core symptoms, these studies have each failed to find any evidence of sustained benefits from continuing to take these medications during follow-up care and the long-term risks from taking them are still not fully known. The increased pairing of ADHD medications with antipsychotics provides collaborating evidence of stimulant medications’ all-too- often loss of efficacy overtime and is particularly troublesome from a public health perspective given the increased weight gain and risk of diabetes in youth that are associated with taking antipsychotics. Furthermore even during initial treatment, one-third or more of children do not respond adequately to ADHD medications and/or have significant adverse side-effects from them heightening further the need for effective treatment alternatives.”

When judging the efficacy of neurofeedback, it is important to be fully aware of the efficacy of the other alternatives, potential short-term side effects, unknown long-term side effects, and long-term outcomes.  A recent meta-analysis found NFB to be more than twice as effective as the six other non-pharmacological ADHD treatments that were analysed.

The following quotes are taken from the MTA study paper, and it is important that all paediatricians share this information with their patients when considering medication as a possibility:

“although the MTA data provided strong support for the acute reduction of symptoms with intensive medication management, these long- term follow-up data fail to provide support for long-term advantage of (continued) medication treatment beyond 2 years for the majority of children.”

“Our findings suggest that community treatments can improve ADHD symptoms and associated impairment, but even when preceded by intensive medication management and/or behavioral therapy for 14 months, continuing community interventions are unable, on average, to “normalize” children with ADHD. These findings apply to a range of symptom and functioning indices including delinquency, arrests, grade retentions and letter grades earned in school, and psychiatric hospitalizations that occur for an important minority of the sample. Hence, there is a practical need to pursue further research to develop and deliver more effective sustainable interventions…”

These issues were recently presented at the Australian ADHD Professionals  Association. They are currently putting together guidelines for ADHD treatment in Australia as it is recognised that the current recommendations are very outdated and not in line with current research. The MTA and PATS studies were presented and in general it was discussed that medication guidelines are not adequate, with very poor follow-up of patients symptoms noted. Given the growing body of strong neurofeedback research, neurofeedback should not be dismissed as secondary to medication, particularly given the very disappointing results of the ‘gold standard’ study of ADHD treatment in regards to medication and behaviour therapy. It is our experience at the SCDC that parents often do not wish to use medication as a first line option, concerned about the lack of research in long-term side effects, preferring to try other options first.

Are you ready to book?

Get Started Today!
Scroll To Top