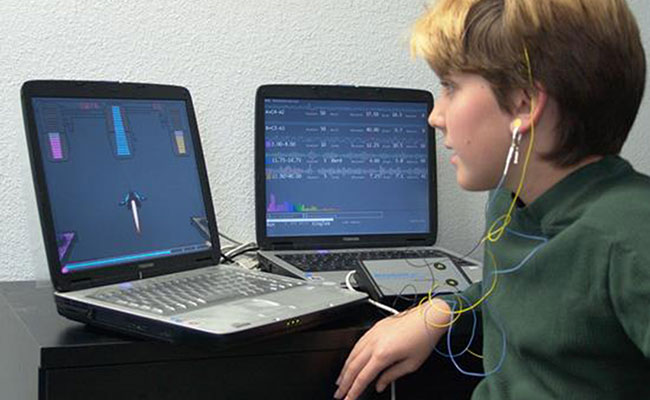 Up to one third of individuals with epilepsy do not benefit from pharmacological treatment. Neurofeedback (NF) provides an effective alternative which may deliver relief from symptoms associated with epilepsy, particularly seizures. NF utilises operant conditioning to regulate the sensorimotor rhythms (SMR) of the brain in an attempt to reduce seizure frequency.

A review of the literature on NF by Sterman and Egner (2006), assessed the rationale and clinical significance of NF as a treatment for epilepsy. The review focused on studies of epileptic participants who had uncontrolled seizures and were unresponsive to medication. Although most samples sizes were small, the analysis revealed that on average 80% of individuals who used NF training to manage SMR produced clinically significant improvements and experienced less seizures.

One study referenced in the review, utilised a sample of 174 patients and found that 82% of patients who had no prior control of seizures experienced significantly reduced seizures after NF training sessions, exhibiting a minimum of 50% reduction in frequency of seizures. Patients were also assessed one year after the conclusion of the NF treatment, and it was particularly promising to find that 5% of patients with epilepsy that had not responded to pharmacological treatment, remained free from from seizures one year after their last NF session.

A more recent meta-analysis of the effectiveness of NF on epilepsy was conducted by Tan et al., (2009), who reported on ten studies, all of which assessed the use of NF in epilepsy in patients who could not control seizures via medication. Nine of the studies used SMR training, with a total of 79% of patients significantly reducing the frequency of seizures.